Although a bonsai tree can be an affordable and wonderful gift for any plant lover, there are still few who can keep this tree alive. That’s why we decided to give you the advice of some of the world-renowned growers and connoisseurs of this type of plant, which we hope will be helpful. Of course, if you want these miniature plants to enhance your space.

Contents show
1 How to grow bonsai trees
1.1 Positioning of plants in the apartment
1.2 Selection of pots
1.3 The composition of the pots is also important:
1.4 Soil, watering and nutrition
1.5 Pruning and transplanting
2 Bonsai plant meaning
2.1 The development of bonsai and its arrival in the West
3 What is bonsai tree
4 Bonsai tree size

Contrary to what many people think, a ‘Bonsai’ tree is not a variety of plants. It is a way of growing certain types of trees and shrubs to give them the form of a small tree while making them look older than they are. It comes from the Japanese words “bon“‘ and “sai,” which means potted tree.

Already formed bonsai trees are available at all significant botanical stores. Still, the trick is keeping them alive and caring for them after purchase. To find out, we talked to experts, the best bonsai masters who have been growing different bonsai trees for decades and decades. Here are some tips to help you successfully give your bonsai tree the care it needs.

How to grow bonsai trees

Some things need special attention. Here are the most important ones, which you should follow very carefully:

Positioning of plants in the apartment

Sunlight is crucial for any bonsai tree, so if you want to have it in the apartment, it must always be right next to the window. Suppose it moves even a little away from the window. In that case, the intensity of the sunlight will decrease, which can seriously threaten the health of your bonsai tree.

The best position for a bonsai is next to a window facing south. If your apartment is not positioned like that, you can also place it next to a west window. The east side is the last option, while the north side is almost not recommended – due to the lack of sunlight during the nursery. Take care that the plant does not stand near a heating element during the winter, as this quickly dries the plant out.

Although, at first glance, they have an aesthetic function, they play one of the more critical roles in growing a bonsai tree. First, the pots must be the correct width and height concerning the tree.

The pot’s dimensions show the growth path of the roots of the bonsai tree but also nurture it to stay small. A general rule for bonsai trees is that the ideal pot length should be two-thirds of the tree’s height, which means slightly less comprehensive than the total length of the branches on either side. The depth depends on how tall you want to let your bonsai tree grow. If you are happy with the height, you can transfer it to a pot that is as deep as the diameter of the thickest point on the tree.

The composition of the pots is also important:

The pots should be ceramic, made of baked clay, and must not leak water. If we are talking about external conditions, the pot must not absorb moisture because it will crack and damage the plant’s root in the frost. On the other hand, pots can be made of low-temperature clay for home versions.

Watering a bonsai tree depends on the soil in which it is located. Although when buying a bonsai comes with the adequate ground for its cultivation, it is still necessary to prepare a unique substrate that enables optimal plant care.

When watering a bonsai tree in the ground, you must constantly check the optimal soil moisture. Too much humidity damages the plant, and the root becomes moldy and rots. On the other hand, too little watering leads to drying and the death of the plant. You can’t pour too much water into the substrate because the liquid drains.

You can use a combination of lead rain granules, zeolite, and white peat to make the substrate to plant your Bonsai tree. There are also imported bonsai substrates such as Japanese akadama or volcanic stone. If the bonsai tree is in the substrate, you can water it every day or every other day, depending on the type of plant.

Bonsai trees need to be fed from time to time. The fertilizer must contain balanced amounts of nitrogen, phosphorus, and potassium. Feeding can be through the roots (liquid) or foliar (through the leaves).

You can be very creative with a bonsai tree. It is essential to look at the three-dimensionality of the plant and how you would like to develop the branches. Pruning larger branches is best done at the beginning of spring because that’s when the plant is most in development, and minor branch corrections can be done throughout the year as needed. Always, except in winter.

On the other hand, transplanting is done with the first awakening of the buds, in early spring – March or April, depending on the weather, and every two to three years. When transplanting, the most important thing is to secure the tree to the pot with any natural stronger thread or wire. If you transplant it a second time, you need to shorten the roots to keep the tree small.

Bonsai literally means “plants in a pot”. It originates from China, from where it was transferred to Japan, where it developed further and got its present form. Its shaping and cultivation requires much more than mere horticultural skill. There is a greater emphasis on the artistic inclinations of the breeder himself. The basic principle is to grow miniature stems that have all the characteristics of that plant species in “normal” size in nature.

The development of bonsai and its arrival in the West

People have been growing plants in containers for thousands of years (spices, medicinal herbs, ornamental plants) for the beauty of the flower or leaves. But in China, during the Han Dynasty (around 200 BC), a new concept was created – the creation of miniature natural landscapes in vessels, called PENjING.

One of the many legends tells how the emperor there found the journey tiring, so he ordered a miniature copy of his empire to be built in the palace courtyard. He could see his entire possessions from his bedroom window. Wanting to preserve its uniqueness, the emperor ordered anyone who tried to make something similar to be executed as a traitor. Whether this story is true or not, one thing is sure: owning miniature landscapes was a status symbol.

The oldest written document about bonsai plants was found in the tomb of Prince Zhang Huai, who died in 706 during the Tang Dynasty. Two wall paintings in the tomb show servants carrying a miniature landscape with stones and plants in a lotus-shaped bowl.

Penjing was highly valued during the Song Dynasty (960 – 1279) when it developed into a more sophisticated art form. Then the cultivation of an individual tree in a bonsai pot begins. Those first specimens had trunks carved to resemble dragons and other animals, and they were called PUN-SAI.

Throughout the 11th and 12th centuries, through art and philosophy, China exerted considerable cultural influence on the surrounding countries, especially Japan. Zen priests are responsible for bringing bonsai to Japan and spreading it among the Japanese aristocracy and samurai. For them, bonsai was a religious object of the “green stairs that lead to Heaven,” a link between people and God.

At the center of bonsai, cultivation is the establishment of a balance between man and nature. The grower devotes himself to bonsai, nurtures his creativity, and relives the rhythm of the changing seasons through them every year. Cultivation requires a lot of care and attention, but as a reward, it brings peace of mind, a sense of refreshment, and inner calm.

It was not until the Muromachi era in the 14th century that bonsai became popular and, together with origami, ikebana, suiseki, and the tea ceremony (Chado), became part of Japanese culture. In the 18th century, bonsai was at its peak and was highly valued. Specific techniques were ritualized, and strict rules determined the placement of branches and trunks.

From Japan, bonsai spread to the west at the end of the 19th century. Bonsai exhibitions were held in Paris in 1878, 1889, and 1900, while the first big one was held in London in 1909. Bonsai today is not only a privilege of the upper class. Still, it has turned into a well-known and recognized horticultural art all over the world.

What is bonsai tree

The Japanese word bonsai means a plant or tree that grows in a pot (from bon – pot, and sai – to plant). The art of bonsai consists of the ability to select a plant or tree that has the potential to become a bonsai and carefully cultivate it using standard horticultural techniques.

These techniques, many of which are adapted to bonsai cultivation, are combined with an artistic sense. That helps the plant merges with the container in which it is grown, giving the whole impression of an adult tree, but in miniature form. The best way to get an excellent bonsai is to look at the plant because the plant itself tells what style or styles suit it best.

The beauty of a mature bonsai tree lies in harmony between the tree and the container in which it is located. A bonsai in an appropriate container can be compared to a piece of classical art placed in a harmonious, reasonable frame. The observer, in both cases, will be instructed to observe the main object, be it a bonsai tree or a work of art. Of course, the container or frame is of secondary importance. Still, they exist as part of the composition and the whole arrangement and, in any case, will be a feast for the eye.

Bonsai specimens can be almost any size, from about 2.5 cm to plants that need to be carried by two or more people. Most people grow small or medium-sized bonsai. But, when it becomes an obsession, individuals want to grow bigger and bigger trees because they feel that it opens up more space for new ideas. You should not become too ambitious too quickly. You should develop gradually in logical steps so that the techniques you adopt in the future lead to better results.

This art form can also be therapeutic as it can require hours or weeks. Or even months of carefully studying trees fully developed and miniature to understand their development as a possible model.

A careful study of the natural structure and development of a large adult tree will give new impetus to understanding the concept of bonsai design and the inspiration to devote ourselves more to this valuable living art form. A large, fully developed tree can have hundreds of branches. However, when we grow a bonsai only 30-50 cm tall with much fewer branches, perhaps only nine or 10, the impression of size should be created – but in miniature. Therefore, the careful study of large trees plays an essential role in the development of the plant and the grower himself.

Crenata, which is the Latin name for Bonsai, is a plant that can be of different sizes. They vary from less than 13 cm for small plants to more than 46 cm for the largest ones.

Depending on what effect you want to achieve, you will choose or grow Bonsai according to personal criteria. As we have already mentioned, the height to which this plant will grow depends only on the grower.

If you have any doubts about what to do and how to do it, we advise you to consult a Bonsai expert. 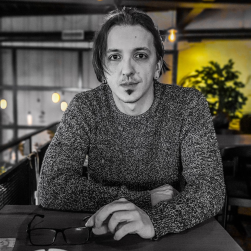 Latest posts by aff-digitalnopero (see all)